This will teach you how to make your first project using IDEA. 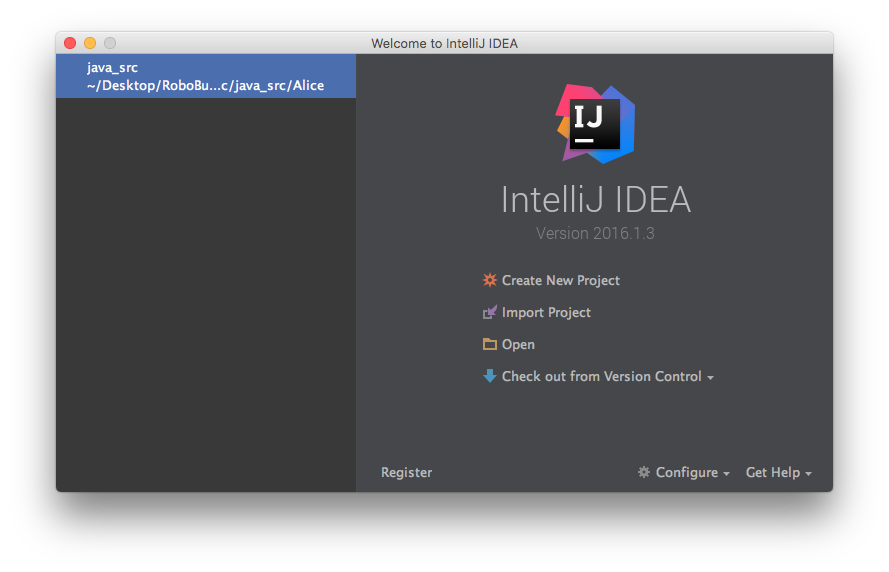 Click Next on the next screen. We’re creating a simple Java project, so we don’t need any addons or extras to this project 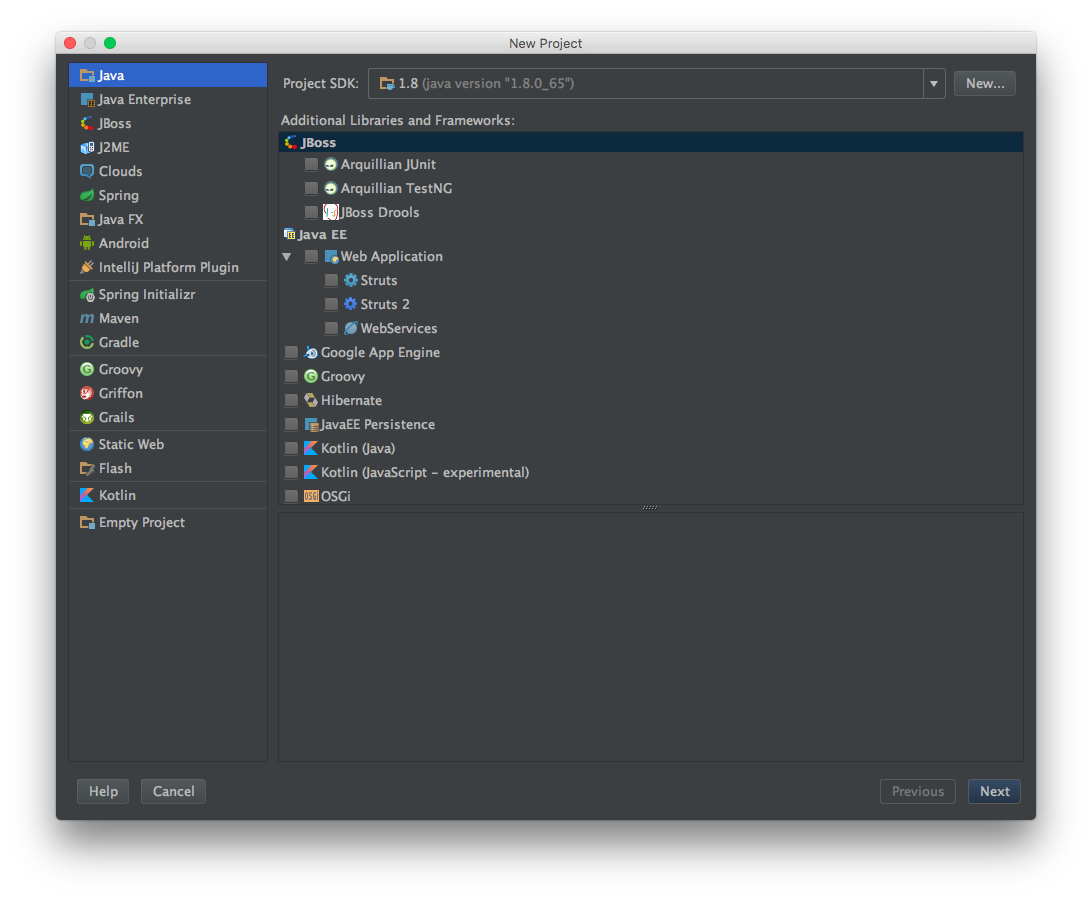 Use the next screen to create the Java Hello World template project: 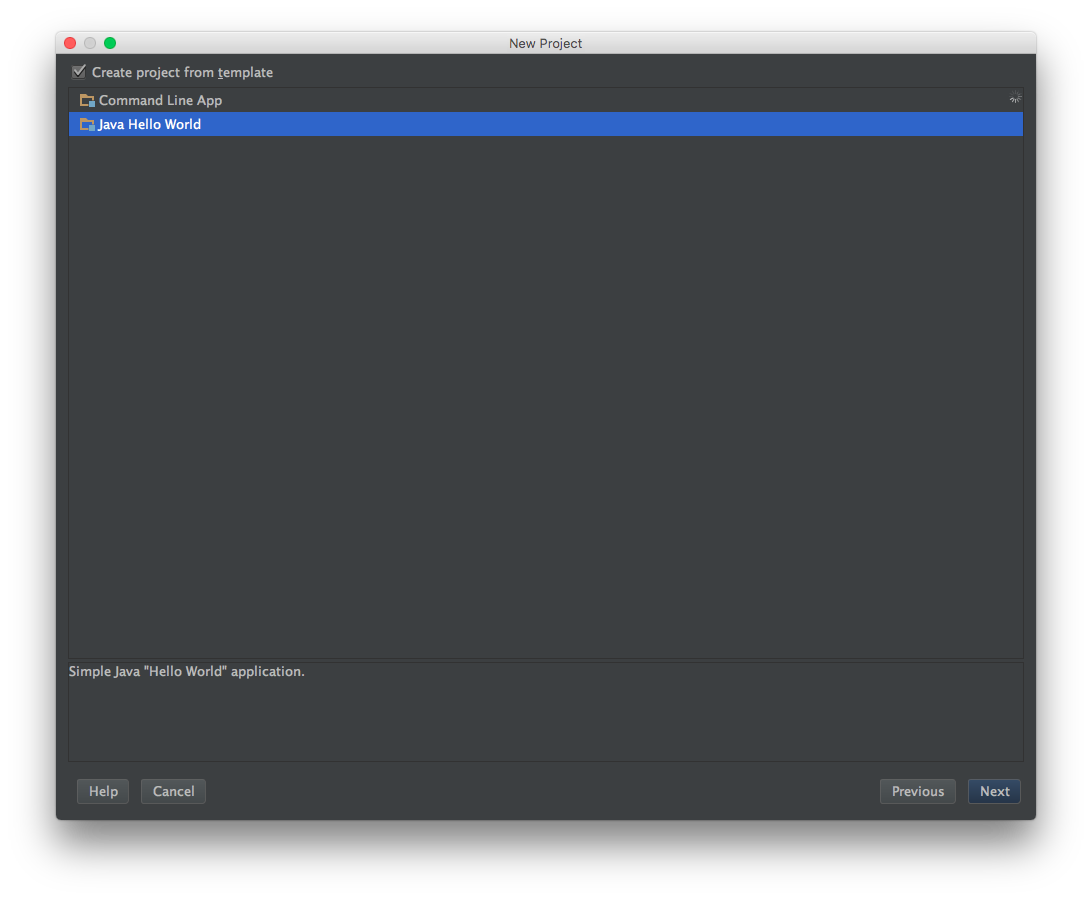 Finally, name your project and select a location on disk, and click Finish: 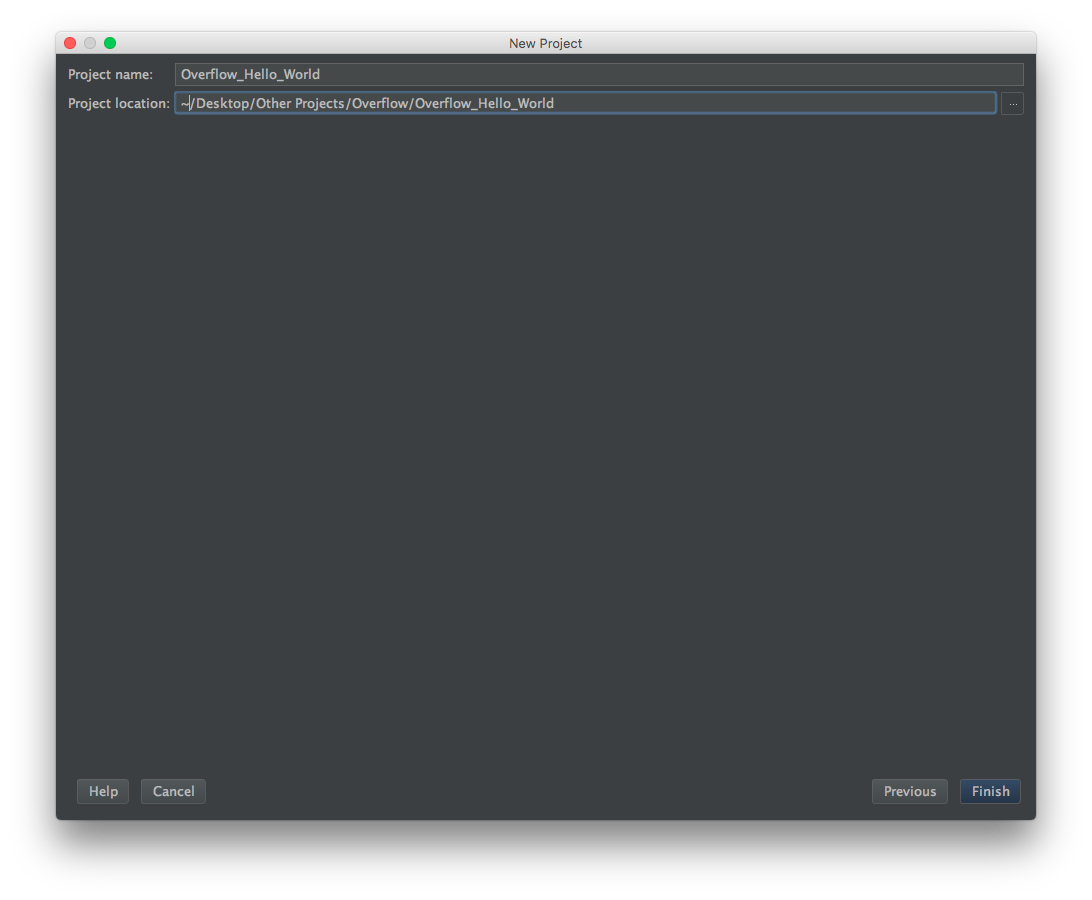 You should end up with a window that looks something like this: 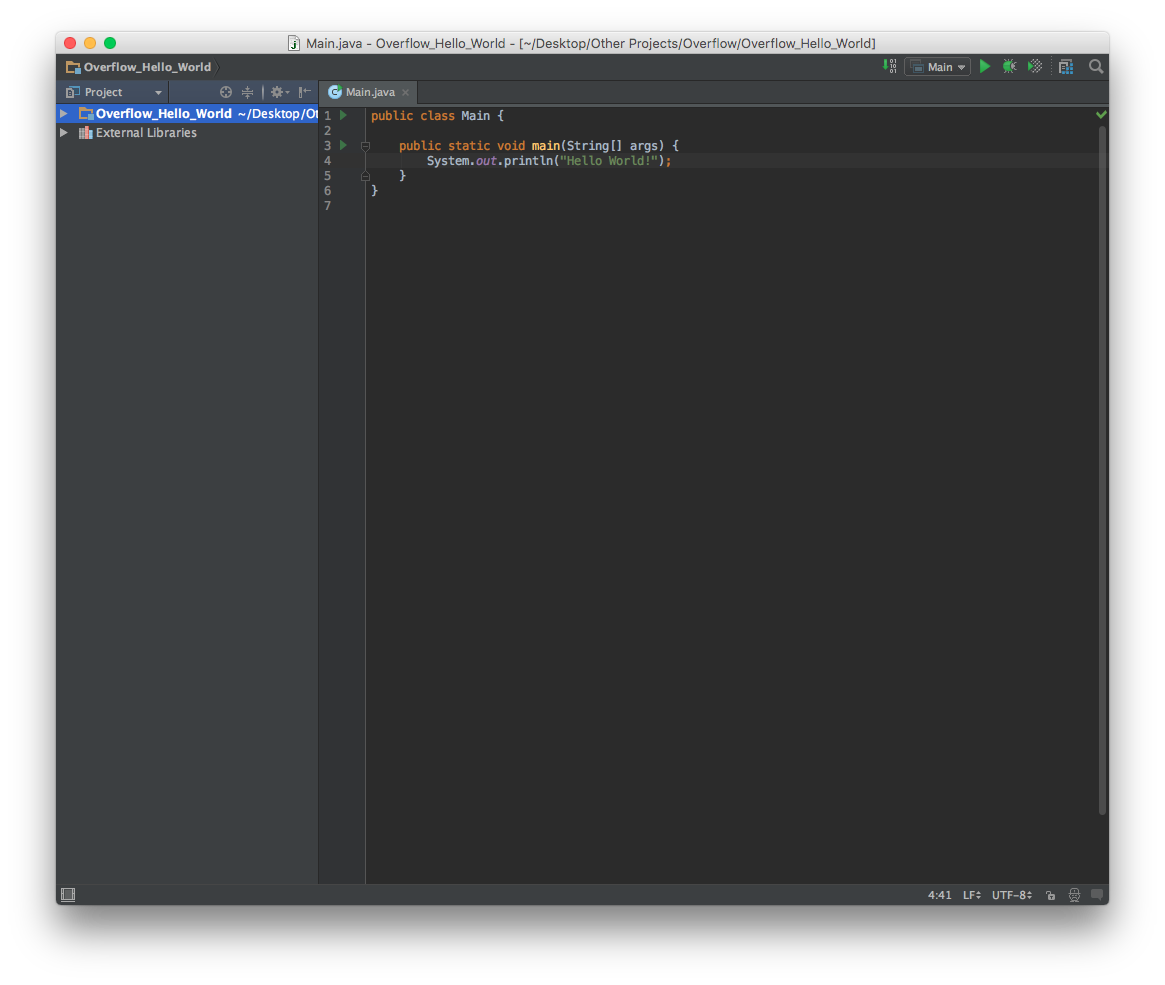 At this point, the project is all ready to go, simply click the Run button or go to Run -> Run 'Main' 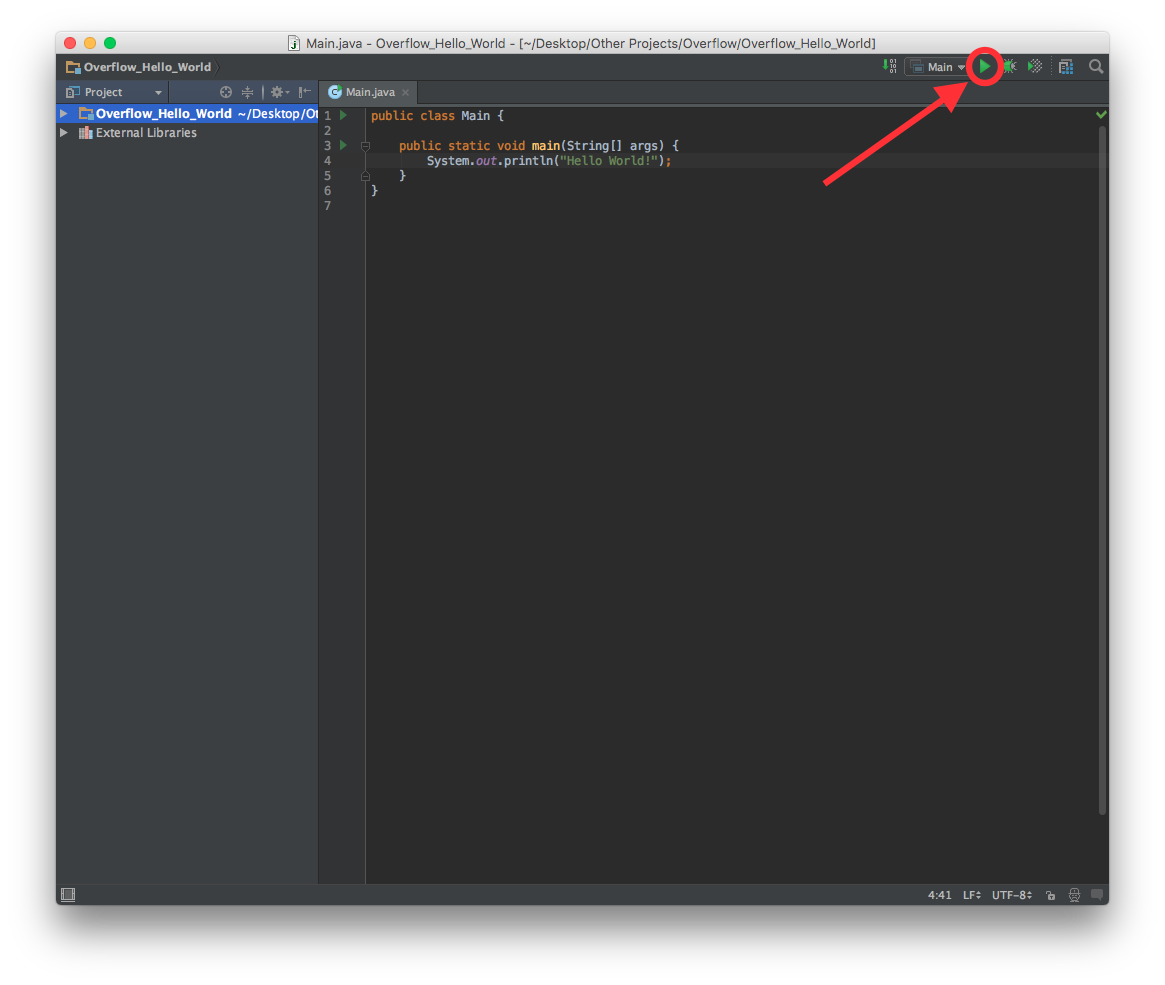 And you’re done! The console will automatically pop up, giving it’s salutations to the globe! 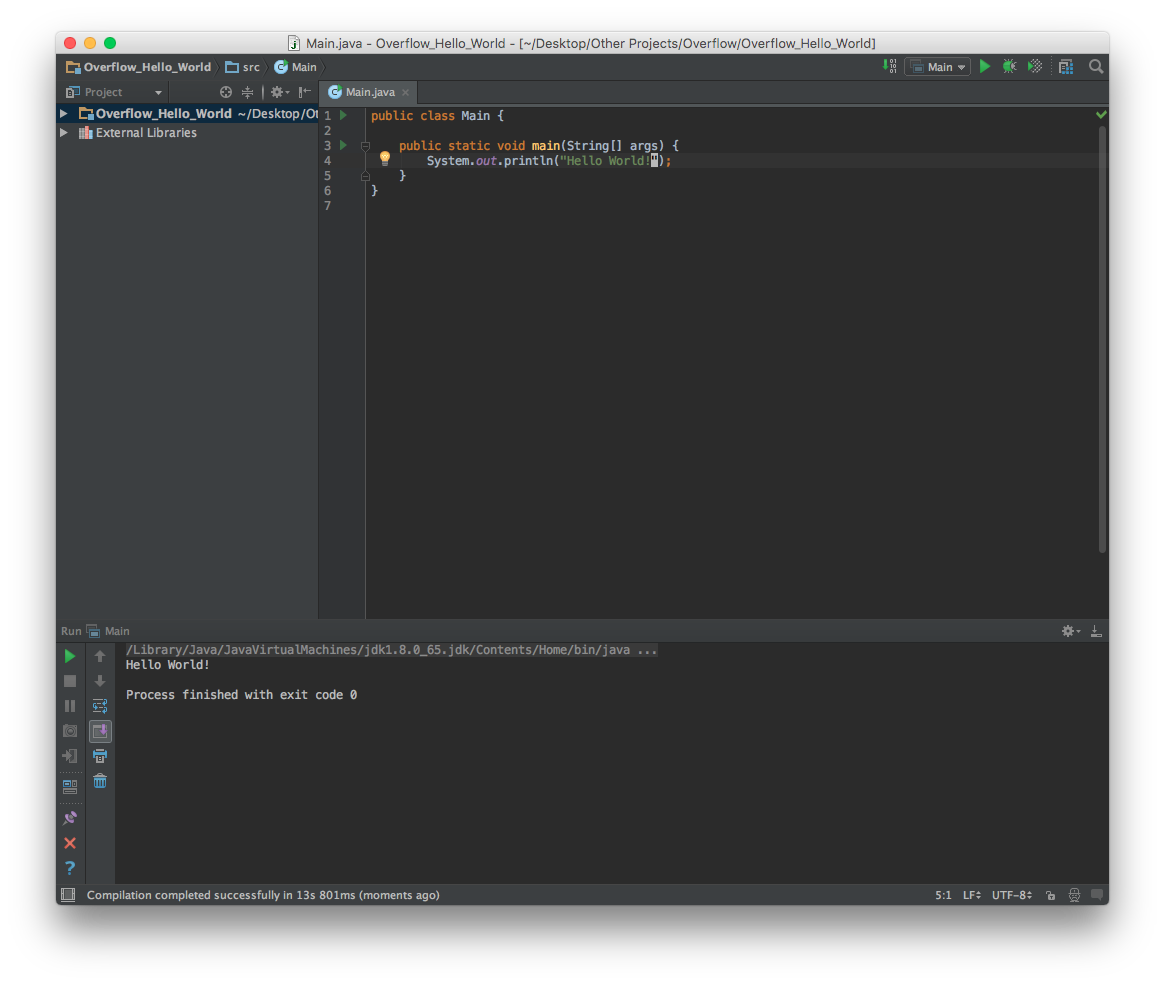 Download IntelliJ IDEA from the JetBrains website, and follow installation procedures. If the Java Development Kit (JDK) is not installed, download and install the JDK. Note that you need the JDK, only having the Java Runtime Enviroment (JRE) is not enough.

Once IntelliJ IDEA has been downloaded:

Download IntelliJ IDEA from the JetBrains website, open the disk image (*.dmg) file downloaded, and drag and drop the application to the alias to your /Applications folder.

IntelliJ IDEA can be installed on Arch Linux using its package manager, pacman. Open a terminal and enter the following command.

Using sudo is not required if you’re running as the root user.

For previous versions of ubuntu,

(2) After installing Ubuntu Make, do a

Follow ubuntu-make page to change default installation and to install other IDEs.

Intellij IDEA attempts to appeal to the wide Java fanbase which uses Eclipse for their development by allowing developers to migrate their Eclipse projects over to an IDEA structure with a few simple clicks!

Then, select your Eclipse project using the explorer window

Intellij will prompt you for the model you are importing from, make sure Eclipse is selected before clicking Next

The next screen will show a confirmation of the path you want to import, simply click Next:

Next, select the modules you want created. In the particular example project, only the Alice and the BuggyRos projects mattered when working in Eclipse

Finally, make sure the correct version of the JDK is selected before Finishing

And the Eclipse project has been fully migrated to Intellij! The project will still open in both IDEs, and will be fully functional in both

How to Install Plugins →