Vim (or “Vi IMproved”) is a console-based multi-mode (modal) text editor. It is widely used and available by default on all Unix, Linux, and Apple OS X systems. Vim has a large active community and a wide user base. The editor supports all popular programming languages, and many plugins are available to extend its features.

Developers like the editor for its speed, many configuration options, and powerful expression based editing. In “command” mode the editor is controlled by keyboard commands, so the user is not distracted by a GUI or mouse pointer.

Vim is based on the earlier Unix “vi” editor created in the seventies and it has been in continuous development since 1991. With macros and plugins the editor offers most of the features of a modern IDE. It is also uniquely capable of processing large amounts of text with its scripting language (vimscript) and regular expressions. 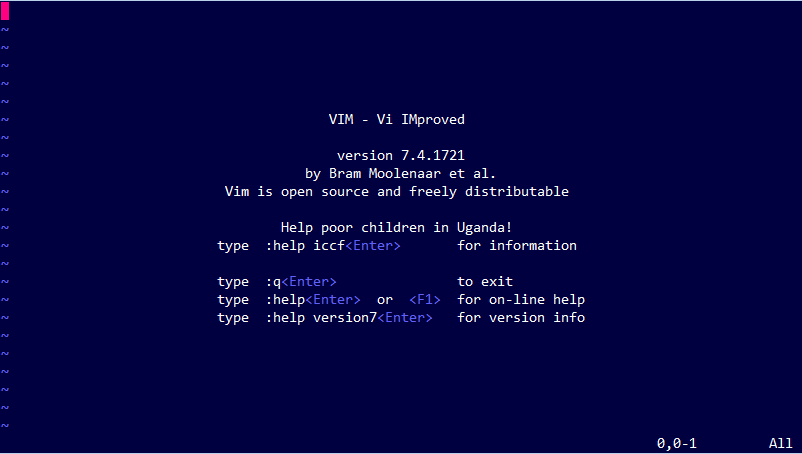 Getting started with vim →